Til He appeared and the soul felt its worth. (E.J. Dionne's "Christmas Inspirations") 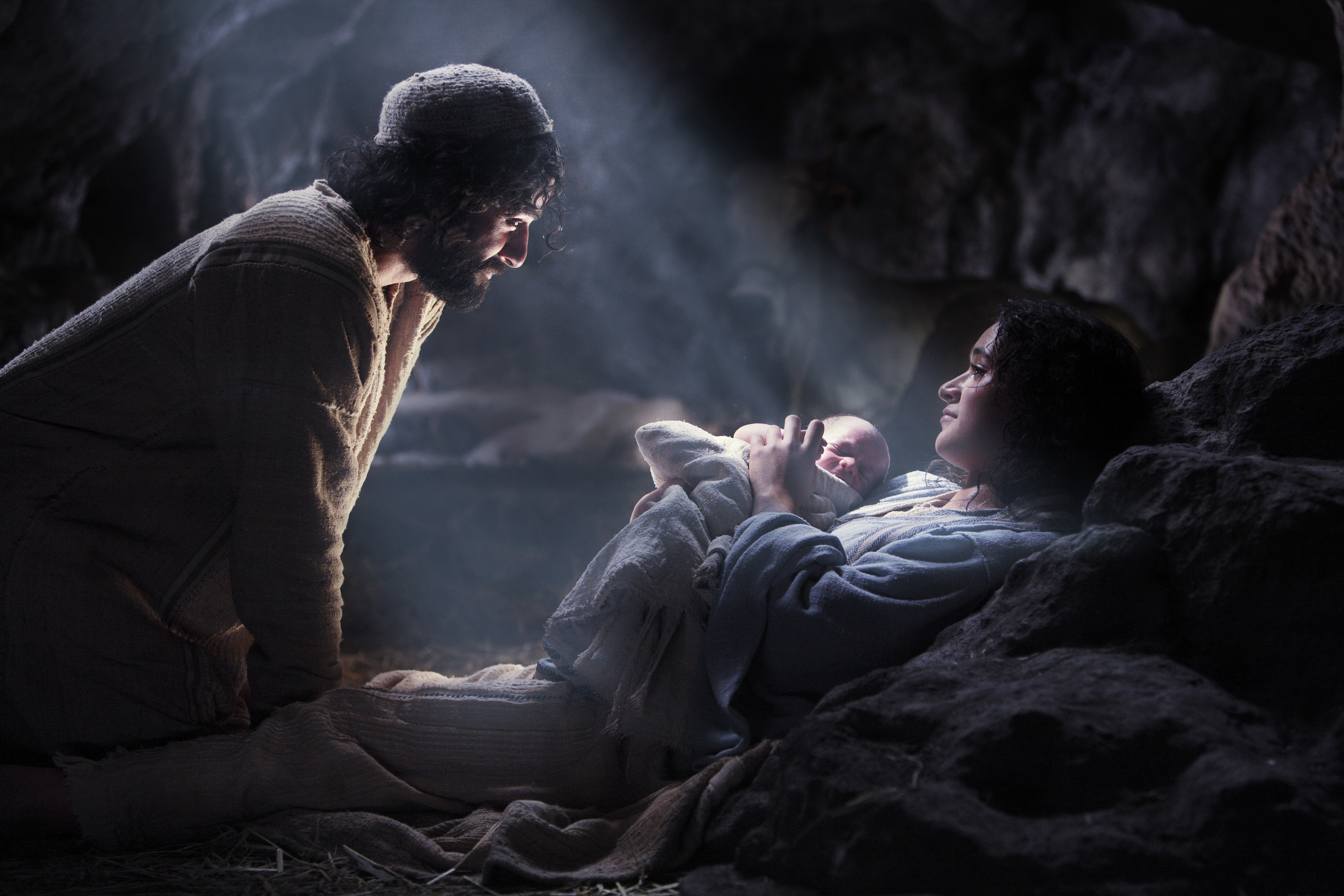 There is much dispute and dialogue among scholars over what to make of the Christmas narratives in the scriptures and the connection between what was written and what we can know about what happened. As the Rev. Daniel J. Harrington has noted: “The New Testament contains two Christmas stories, not one. They appear in Matthew: 1–2 and Luke: 1–2. They have some points in common. But there are many differences in their characters, plot, messages, and tone.”
Those of us who celebrate Christmas do not tend to think as scholars or (God forbid!) journalists, but as people of hope. We tend at Christmastime to rely most on Luke, whose telling of Jesus’s birth is, as the Rev. Harrington says, is “upbeat, celebratory, and even romantic.” We find in Jesus, all at once, inspiration, comfort, challenge and, in one of Pope John Paul II’s favorite phrases, “a sign of contradiction.”  And the contradiction is right there in the two Christmas accounts: Matthew emphasizes Jesus’s noble lineage, while Luke tells the story of a savior born in a manger. There is a special moral significance, I think, in Luke’s account: a faith rooted in the Jewish prophetic tradition traces its origins not to a palace but to a stable; not to an aristocratic household but to a family led by a carpenter. It was a powerful way to send one of Christianity’s most important messages: that every single human being is endowed with dignity by God and worthy of respect. 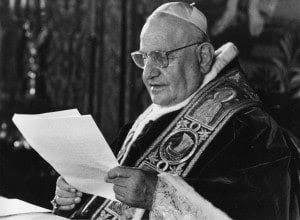 Pope John XXIII (Associated Press)
Pope John XXIII offered a take on this idea that quietly reminds us of how the materialism that seems to run rampant at Christmastime is antithetical to the Christmas story. The church, he argued in his 1959 Christmas message, “has always fixed her gaze on the human person and has taught that things and institutions — goods, the economy, the state — are primarily for man; not man for them.” He added: “The disturbances which unsettle the internal peace of nations trace their origins chiefly to this source: that man has been treated almost exclusively as a machine, a piece of merchandise, a worthless cog in some great machine or a mere productive unit. It is only when the dignity of the person comes to be taken as the standard of value for man and his activities that the means will exist to settle civil discord . . . .” In this telling. “Peace on Earth, Good Will Toward Men” is not a greeting card sentiment but a moral demand.
The Rev. Martin Luther King Jr. also took “peace on earth” as a personal and social imperative. On Christmas Eve 1967, the Canadian Broadcasting Corp. aired King’s “A Christmas Sermon on Peace” as part of the Massey Lecture series. (I draw this from “A Testament of Hope: The Essential Writings and Speeches of Martin Luther King Jr.,” published by Harper Collins.) King argued that “if we are to have peace on earth, our loyalties must become ecumenical rather than sectional,” and he added: “Now the judgment of God is upon us, and we must either learn to live together as brothers or we are all going to perish together as fools.”
Like so many of Rev. King’s sermons that included stern warnings and tough lessons, this one ended in hope.
“I still have a dream,” he said, four years after his most celebrated speech at the March on Washington, “that with this faith, we will be able to adjourn the councils of despair and bring new light into the dark chambers of pessimism. With this faith, we will be able to speed up the day when there shall be peace on earth and good will toward men. It will be a glorious day when the morning stars will sing together, and the sons of god will shout for joy.”
Go tell it on the mountain. 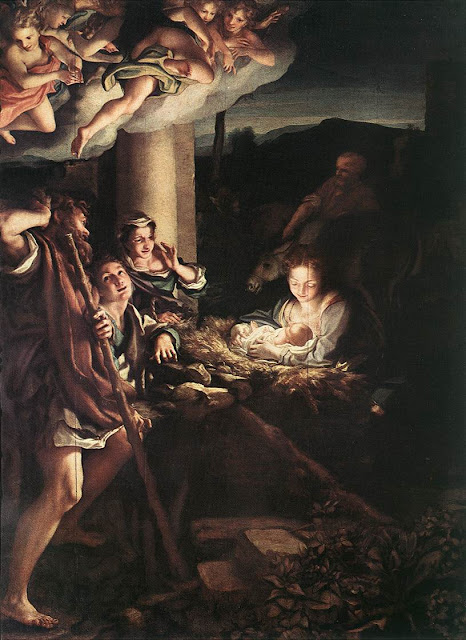 Posted by Alan Archibald at 9:55 AM