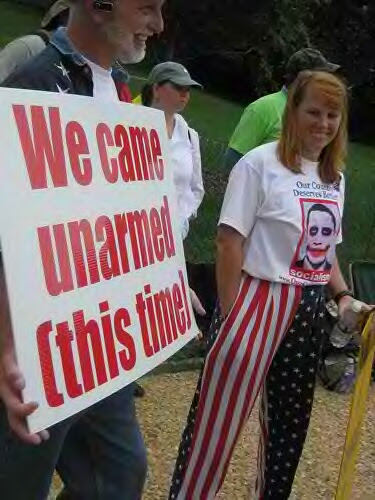 Posted: 12/20/2012
For the first time, a majority of Americans now say the Republican Party is too extreme, according to a poll released Thursday by CNN/ORC.
Fifty-three percent of people, including 22 percent of Republicans, said the GOP's views and policies have pushed them beyond the mainstream. The number is up dramatically from previous years. In 2010, fewer than 40 percent thought the party was too extreme.
Democrats were considered to be a "generally mainstream" party by 57 percent in the new poll.
"That's due in part to the fact that the Republican brand is not doing all that well,"said Keating Holland, CNN's polling director.
Americans also say that they have far more confidence in President Barack Obama than in congressional Republicans, and that Republicans should compromise more in finding bipartisan solutions.
HuffPost Pollster, which tracks all publicly available polling, puts Obama's approval rating at about 53 percent, with about 43 percent disapproving. Congressional job approval hovers at just under 14 percent -- a high for the year.
Obama alluded to that public support this week. On Thursday, defending his proposal to end the Bush tax cuts for the wealthy, he said, "And we had an extensive debate about this for a year. And not only does the majority of the American people agree with me, about half of Republican voters agree with me on it this."
An NBC/Wall Street Journal poll last week found that 61 percent of Republicans would accept raising taxes on the wealthy in order to avoid the "fiscal cliff." GOP lawmakers, many in safe districts, have largely dismissed the suggestion that the numbers give Obama an edge.
The CNN/ORC poll surveyed 620 adults by phone between Dec. 17 and Dec. 18, with a 4 percent margin of error.