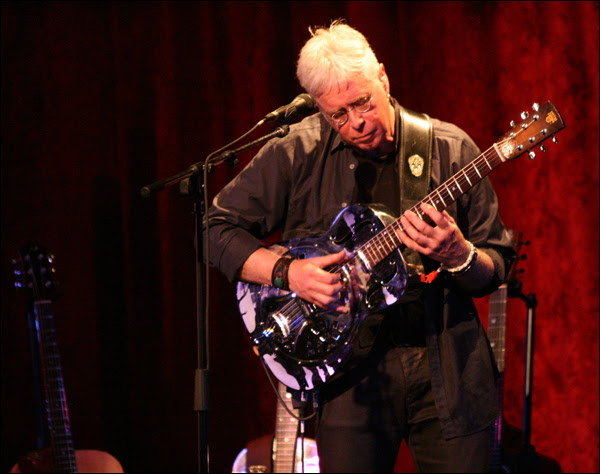 Other than those variations, I think the Princeton songs and coincide with the ones we heard last night.

Thanks for coming with me last night!

I had a great time with you!

Bruce Cockburn has started touring again, this review if from the first gig of this tour supporting the album Small Source of Comfort.

22 February 2013
Next month will be 25 years since I saw my first Bruce concert. I was 25 years old and Bruce was 42. Now Bruce is 67 and still worth seeing in concert. Amazingly enough his voice still sounds great and his guitar playing is impeccable. No one does more with just a guitar and voice than Bruce.
This short review is a little biased since I was blessed with a first row ticket, about 10 feet from Bruce. I cannot imagine not enjoying a Cockburn concert from this seat.
Bruce came out dressed quite formally - a white shirt and dark gray suit with both buttons buttoned, with a pale green tie. He seemed rested and happy to be there, talking to the audience a few times during the show. The most informative thing he said was that his most recent album - Small Source of Comfort - was a couple years old and that it will be a while before there is another one. His efforts have been going towards writing his book, which is sometimes difficult. He said he is 2 years late in turning in the first draft.
I didn't write down the setlist but I remember most of them.

Every song was solid. Bruce flubbed a lyric on Iris and Strange Waters but it didn't ruin the song in any way. After seeing the recent documentary where Bruce is very critical of himself after shows I felt bad for him. (Danny. This is an interesting comment because when we talked with Bruce after last night's show and I told him how inspired "Stolen Land" impressed me, his first reaction was to nit pick.)
It is hard to pick highlights because I completely enjoyed everything. But Mighty Trucks, Boundless, Arrows, and Soul of a Man were wonderful.

The recent incarnation of God Bless The Children is amazing. It has a dark, brooding quality that is different from the album [ Night Vision ] and Circles version. I was captivated.

Bruce is refusing to age. His work continues to be a gift to us.
Here's a YouTube of Comets of Kandahar from this show uploaded by MrLeondo:
direct link: http://www.youtube.com/watch?v=cAykXtBOf2o

Posted by Alan Archibald at 11:09 PM No comments:

Gallup Poll: The Ten Most Miserable States Are Conservative Bastions 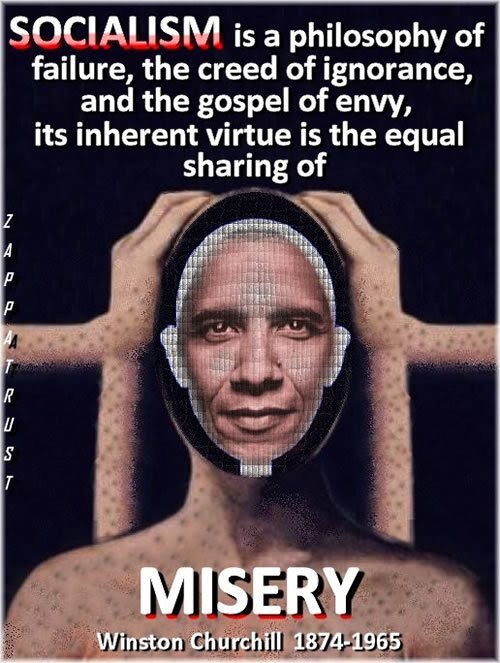 For Fourth Year, Hawaii No. 1 in Wellbeing, W.Va. Last

12>
WASHINGTON, D.C. -- Hawaii residents have the highest wellbeing in the nation for the fourth consecutive year, with a Gallup-Healthways Well-Being Index score of 71.1 in 2012 -- up from 70.2 in 2011. Colorado, Minnesota, Utah, and Vermont rounded out the top five states with the highest wellbeing scores last year. West Virginia residents have the lowest overall wellbeing for the fourth year in a row, with a Well-Being Index score of 61.3 in 2012 -- slightly lower than the 62.3 in 2011. Kentucky, Mississippi, Tennessee, and Arkansas also had among the five lowest wellbeing scores in the country.

Overall, there were few changes from 2011 to 2012 in the states with the highest and lowest wellbeing scores. Seven states with the 10 highest wellbeing scores and eight states with the 10 lowest wellbeing scores in 2012 held those same distinctions in 2011. Vermont, Massachusetts, and Iowa joined the top 10 highest wellbeing states in 2012. Louisiana, Indiana, South Carolina, and Oklahoma newly rank among the bottom 10 states this year.
These state-level data are based on daily surveys conducted from January through December 2012, including interviews with more than 350,000 Americans nationwide and at least 1,000 residents in each state except Alaska and Hawaii. The Gallup-Healthways Well-Being Index summarizes more than 50 different wellbeing items and is calculated on a scale of 0 to 100, where a score of 100 represents ideal wellbeing.

Top and Bottom States in Six Key Areas of Wellbeing
Hawaii residents earned the highest scores in the nation on the Life Evaluation, Emotional Health, and Work Environment Indexes, which contributed to Hawaii maintaining its top position in overall wellbeing. In addition, Hawaii residents were most likely to rate their lives highly enough to be "thriving," earning them the highest Life Evaluation score in the nation. Residents living in Hawaii were most likely to experience daily enjoyment and least likely to have daily worry or stress, which contributed to their high emotional health.
Hawaii workers also reported having the most positive work environments in the nation, while Rhode Island employees reported having the most negative work environments. The Work Environment Index measures workplace issues such as whether a worker has a trusting and open work environment and whether an employee is able to use his or her strengths to do what he or she does best every day.
West Virginians were the least likely to be thriving, as was the case in 2011. Also, West Virginians had the worst emotional health in the nation and were more likely to report being diagnosed with depression than residents of any other state.
Residents in West Virginia also had the lowest score on the Physical Health Index, which includes having the highest percentage of obese residents in the nation. Colorado residents scored the highest on the Physical Health Index, partially a result of having the lowest percentage of obese residents in the U.S.

Vermont residents had the healthiest behaviors in the nation, including the highest percentage of residents who ate five or more servings of fruits and vegetables at least four days per week. The Healthy Behaviors Index also measures the percentage of residents who smoke, exercise frequently, and eat healthy daily. Kentucky ranked last on this index, with the lowest percentage of residents in the nation saying they ate healthy all day "yesterday."
Massachusetts residents were most likely to report having access to basic necessities, as they were in 2010 and 2011. This top score is partly a result of having the highest percentage of residents with health insurance in the nation. The Basic Access Index also measures residents' access to other health essentials, including enough money for food, shelter, and medicine; a safe place to exercise; and clean water. Mississippi performed the worst on this metric -- as it has every year since 2008 -- partly a result of having the highest percentage of residents unable to afford food at some point in the past year for themselves or their families.
Bottom Line
Overall wellbeing in the U.S. and within states has remained mostly unchanged from 2008 to 2012, despite some signs of an improving economy in 2012. The lack of progress among the states with the lowest wellbeing scores may be related to low household income levels in these states. Nearly all of the states with the lowest wellbeing scores in 2012 are also states with the lowest median household incomes.
Certain provisions of the Affordable Care Act -- requiring all individuals to have health insurance or to risk paying a penalty -- may help low-income individuals improve their wellbeing, if they aware of and take advantage of them. Under the Affordable Care Act, all adults with an insurance policy beginning on or after Sept. 23, 2010, are entitled to an obesity screening and counseling, a tobacco screening and cessation intervention, blood pressure screening, and depression screening at no cost. Adults at high risk for certain chronic diseases are also entitled to a free cholesterol screening, Type 2 diabetes screening, and diet counseling. Public education efforts about these initiatives, particularly those targeting low-income Americans, may be essential to helping the states with the lowest wellbeing to make significant year-over-year improvements.
The private sector can also take steps to help individuals improve their overall wellbeing. Gallup research shows that physicians in the U.S. are in better health than are other employed adults and Americans who are engaged in their work are more likely to report having a healthier lifestyle. Therefore, physicians can set a positive health example for their patients and employers can focus on creating an engaged workplace to help reduce the economic costs of low wellbeing. Employers can also establish incentives and policies that encourage their employees to practice healthy behaviors.
For more state Well-Being Index findings, please visit http://www.healthways.com/default.aspx.
Gallup's "State of the States" series reveals state-by-state differences on political, economic, and wellbeing measures Gallup tracks each day. New stories based on full-year 2012 data will be released throughout the month of February.
About the Gallup-Healthways Well-Being Index
The Gallup-Healthways Well-Being Index tracks wellbeing in the U.S. and provides best-in-class solutions for a healthier world. To learn more, please visit well-beingindex.com.
Survey Methods

Results are based on telephone interviews conducted as part of the Gallup-Healthways Well-Being Index survey Jan. 1-Dec. 31, 2012, with a random sample of 353,564 adults, aged 18 and older, living in all 50 U.S. states and the District of Columbia, selected using random-digit-dial sampling.
For results based on the total sample of national adults, one can say with 95% confidence that the margin of sampling error is ±1 percentage point.
The margin of sampling error for most states is ±1 to ±2 percentage points, but is as high as ±4 points for states with smaller population sizes such as Alaska, Rhode Island, Vermont, Wyoming, North Dakota, South Dakota, Delaware, and Hawaii.
Interviews are conducted with respondents on landline telephones and cellular phones, with interviews conducted in Spanish for respondents who are primarily Spanish-speaking. Each sample includes a minimum quota of 400 cellphone respondents and 600 landline respondents per 1,000 national adults, with additional minimum quotas among landline respondents by region. Landline telephone numbers are chosen at random among listed telephone numbers. Cellphone numbers are selected using random-digit-dial methods. Landline respondents are chosen at random within each household on the basis of which member had the most recent birthday.
Samples are weighted by gender, age, race, Hispanic ethnicity, education, region, adults in the household, and phone status (cell phone only/landline only/both, cell phone mostly, and having an unlisted landline number). Demographic weighting targets are based on the March 2010 Current Population Survey figures for the aged 18 and older non-institutionalized population living in U.S. telephone households. All reported margins of sampling error include the computed design effects for weighting and sample design.
In addition to sampling error, question wording and practical difficulties in conducting surveys can introduce error or bias into the findings of public opinion polls.
For more details on Gallup's polling methodology, visit http://www.gallup.com/.
Posted by Alan Archibald at 9:00 PM No comments: