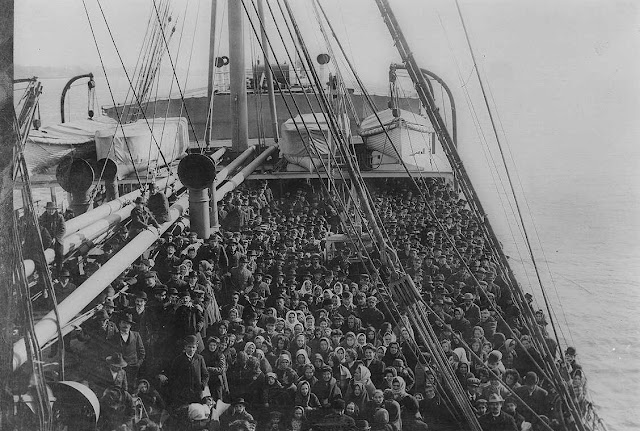 The door-opener to America

By George F. Will, Published: December 26

At the end of this year in which election results reinserted immigration into the political conversation, remember that 2012 is the 150th anniversary of “the first comprehensive immigration law.” This is how the Homestead Act of 1862 is described by Blake Bell, historian at the Homestead National Monument of America near Beatrice, Neb., one of the National Park Service’s many educational jewels that make the NPS one of just two government institutions (the other is the U.S. Marine Band) that should be exempt from any budget cuts, for all eternity.
In 1862, the grim year of Shiloh and Fredericksburg, Congress would have been forgiven for concentrating only on preventing national dismemberment. Instead, while defiantly continuing construction of the Capitol dome, Congress continued nation-building. It passed the Pacific Railway Act to provide for the movement of people and goods to and from the new lands in the West, the Morrill Act to build land-grant colleges emphasizing agriculture, and, most important, the Homestead Act, whose provisions were as simple as the problem it addressed was stark.
352
Comments

What today is called the Great Plains was at that time identified on maps as the Great American Desert. Under the act, $18 in fees entitled homesteaders to farm 160 acres to which they would acquire title for no further cost after five years. Or after six months, if they paid $1.25 an acre. (Union soldiers could deduct their time in uniform from the residency requirement.) The act was intended to attract immigrants from abroad — immigrants who would put down roots. For this purpose it provided all requirements for citizenship.
Until then, Bell writes, the states had been “the primary overseers of immigration.” And as an immigration commissioner of New York later testified to Congress, large numbers of immigrants would “come regularly to this country every spring” but would take themselves and their earnings back to Europe in the autumn, not paying taxes and depressing American wages.
The Naturalization Law of 1802 required immigrants to receive certificates (“first papers”) proving that they had declared upon arrival their intention to become citizens. After five years, an immigrant could take the certificate and two witnesses to a courthouse and be naturalized. This law addressed the worry that Europe was deliberately exporting the wretched refuse of its teeming shores — people of (in a Kentucky congressman’s words) “the most turbulent and factious tempers,” accustomed to monarchies and sorely in need of Americanization.
By 1850, the United States had acquired, by hook or by crook (including Indian “removal” and the morally dubious but indubitably beneficial war with Mexico), vast quantities of land. Most of it was uninhabited, unless you counted, as few did, Indians. In 1862, with many citizens fighting, noncitizens were needed to (in an Illinois congressman’s words) “go upon these wild lands” to increase the nation’s wealth.
Bell calls the Homestead Act “an accommodating immigration law” because its requirement that the land be farmed for five years was the amount of time required to become a citizen, and because it began the assimilation of immigrants into American law.
The spirit of the act was optimistic. As the New York Times said, it would attract “the common people of Europe” who are free from the prejudices of “the aristocratic and snobocratic classes.”
Under the Homestead Act, which continued in effect in Alaska until 1986, more than 270 million acres — approximately 422,000 square miles or 2.5 Californias — were privatized. The truth-tellers at the National Archives say that most homesteaders came from near their homesteads — Iowans moved to Nebraska, Minnesotans to South Dakota, etc. Furthermore, speculators, railroads and other sharpies snapped up most of the land: Of 500 million acres dispersed by 1904, only 80 million went to homesteaders. Small farmers settled more land under the act in the 20th century than in the 19th.
Still, Bell rightly notes that the act was an immigration law in effect as well as intent. By 1870, the foreign-born population of Wyoming and Montana was 39 percent; of Dakota Territory, 34 percent; of Nebraska, 25 percent. And the peak years of national immigration, 1905-14, were the peak years of homestead claims.
Skeptics will say that the Homestead Act, which welcomed immigrants to a sparsely populated continent, is irrelevant to today. Skeptics should consider not only that immigration is still an entrepreneurial act but also that as the entitlement state buckles beneath the weight of an aging population, America’s workforce needs replenishing.
georgewill@washpost.com
Posted by Alan Archibald at 1:14 PM