Veteran Republican Operative Shames The GOP — And Warns That The Party Won't Get Rid Of Trumpism "For At Least A Generation"
https://www.rawstory.com/2020/08/veteran-republican-campaign-operative-shames-the-gop-saying-they-wont-get-rid-of-trumpism-for-at-least-a-generation/
Alan: The GOP went about the methodical business of creating an ignorant, prejudiced, hateful constituency.
They did this because Republicans realized that uneducated yahoos, bozos and resentful white people comprised their only "winning" constituency: people too stupid to know they're stupid.
People so fond of "Jonestown Kool-Aid" that they construe cultism as liberation.
Republicans succeeded in their quest.
Their bed is made and now they must lie in it.
They have lain down with the dogs, and they're getting up with the fleas.
This will not end well.
Posted by Alan Archibald at 9:55 AM 18 comments:

1A: Grief And Memory With Poet Natasha Trethewey 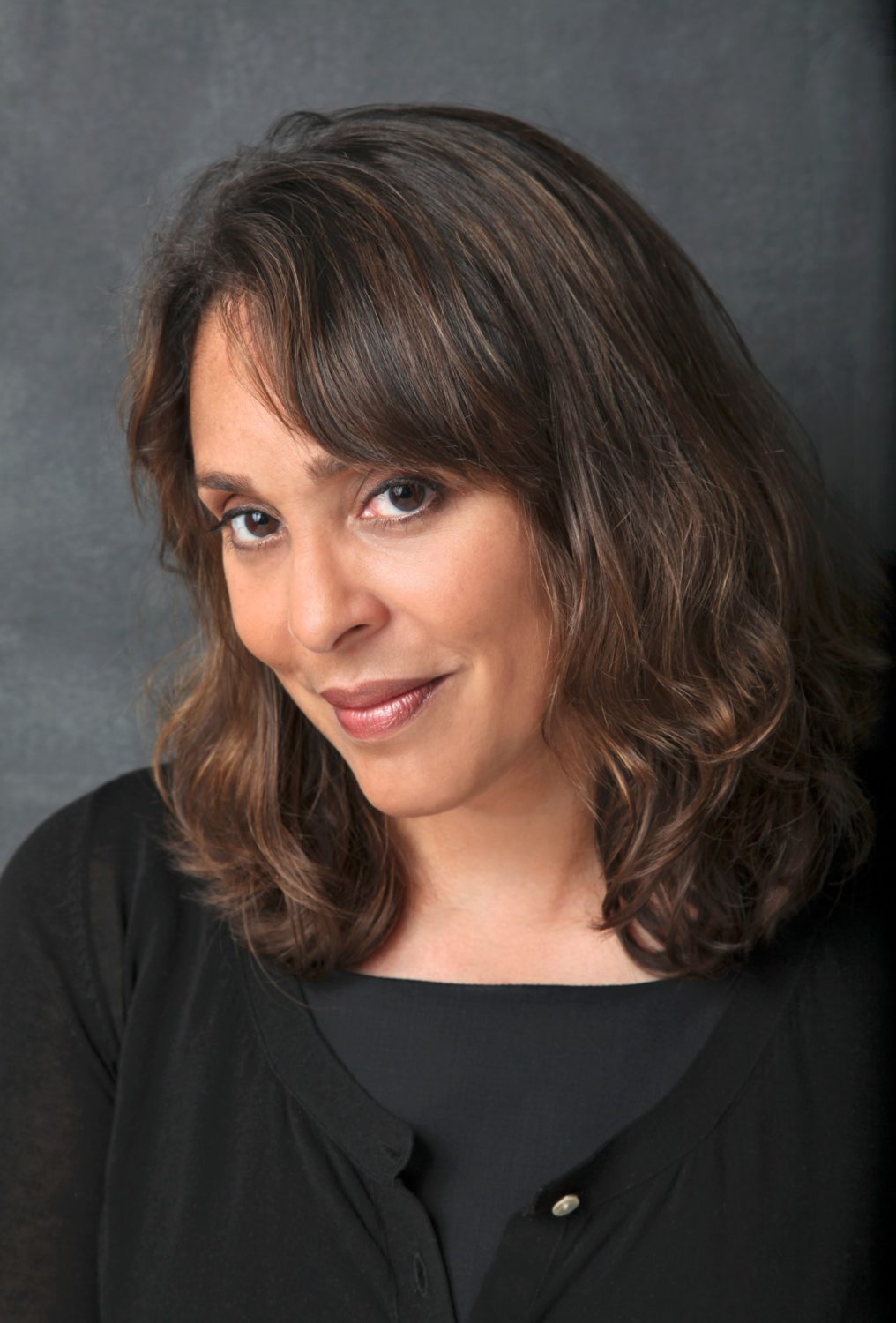 Judge Whose Son Was Killed by Misogynistic Lawyer Speaks Out: A Facebook Discussion 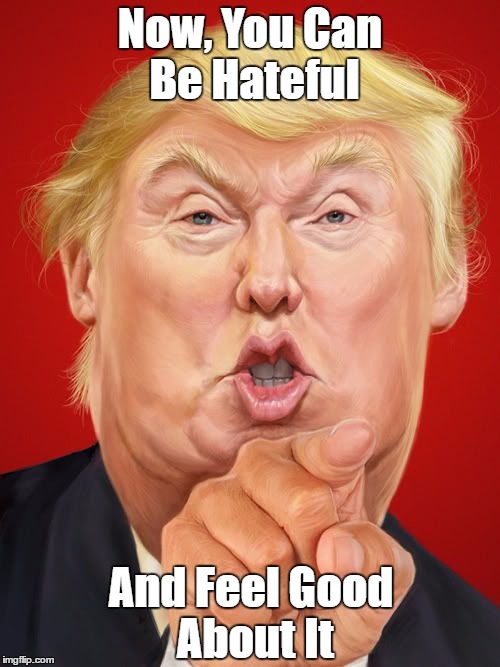 Fred Owens:
I can't think of anything worse.

NYTIMES.COM
Judge Whose Son Was Killed by Misogynistic Lawyer Speaks Out
“Two weeks ago, my life as I knew it changed in an instant, and my family will never be the same,” Judge Esther Salas said in a video statement.

I Told You Trump Was Lying Four Years Ago 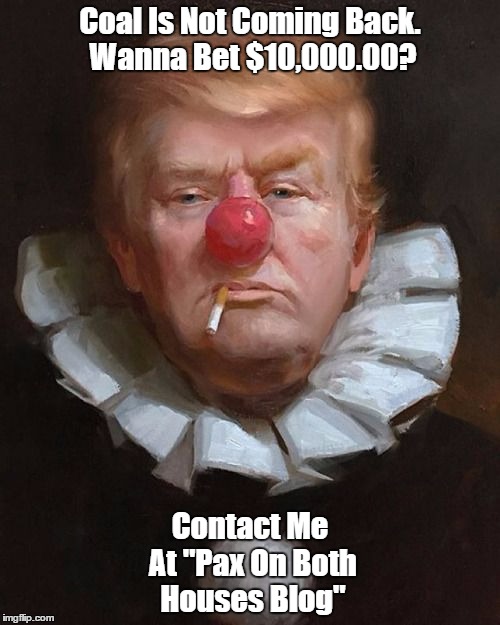 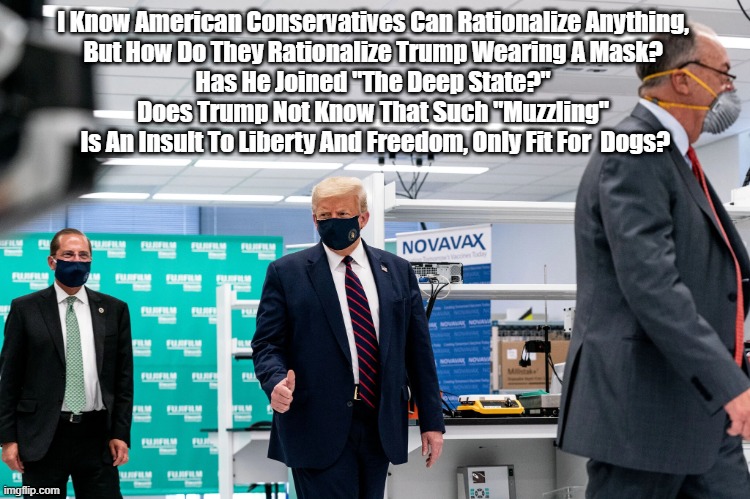 The multiple, 60, was updated on August 3rd, 2020.
N.B. 39,250 times as many Americans have died from COVID-19 as the number of Americans who died in Benghazi. To be clear, 39,250 is written out as "thirty nine thousand, two hundred and fifty."
(And lest we forget, Republican Rep. Trey Gowdy's two year-long House probe into Benghazi turned up NO actionable evidence - not even enough evidence to attempt censuring Hillary.)
https://newsfrombarbaria.blogspot.com/2020/07/trump-worlds-refusal-to-take-covid.html

My Anti-Masker Memes: I'll Believe "All Lives Matter" When The People Trying To..."

White People Who Say "All Lives Matter" Are The Equivalent Of... 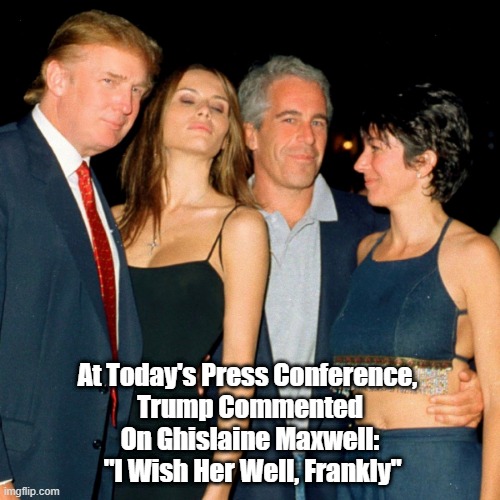 Online Discussion: Should Joe Make His Veep Pick In Isolation, Or Should He Take Counsel? 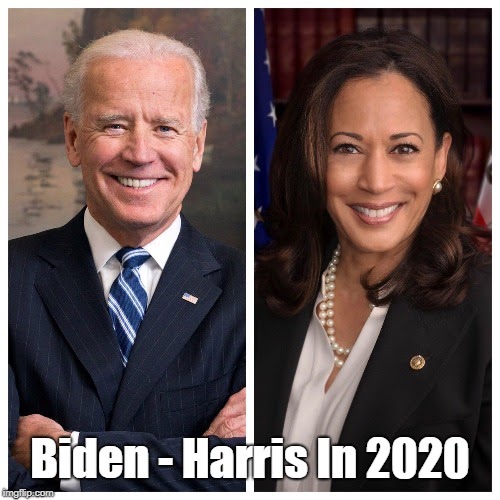 Joe is the only one to make the vice-presidential pick.

But it is within the nature of politics to fight - tooth and nail - for one's political preference.

For nearly 200 years, virtually no one questioned "The System" when "The System" DICTATED that "The President MUST be a white Anglo-Saxon protestant male."

But now, when "uppity" black women are saying Joe's pick MUST be a black (and Joe saying it has to be a woman) it's seen as scandalous.

To what extent are black women warning that black men will vote Trump if Joe doesn't pick a black running mate?

I see blacks desire for a black running mate as a quest for restorative justice.

And I admire that quest.

In any event, in the end, the choice will be Joe's.

And if it's not, then you have an issue with Joe - not with black women who seem to be sounding a reasonable warning that black men will bail.

Look at the following chart and ask yourself: "Why am I always complaining about the black vote "perhaps" declining from 93% for Joe to 90% for Joe instead of HOWLING -- incessantly -- at the fact that only 39% of white people voted for Hillary?"

Remember those two numbers 93 and 39. 93 and 39. They are mirror images of one another. A simple mnemonic.

To put stress where it is due, the blacks you criticize most in this current election season are black women who voted 98% for Clinton.

And you're laying into them!

In democratic electoral politics -- where numbers count -- I too would want meaningful consideration if I were part of a lethally-oppressed ethnicity that has ALWAYS been the Democratic Party's MOST faithful servant.

But you get pissed off at them; expect them to "stay down on the plantation."

"Give us your vote, but keep your mouth shut."

At the end of the day, selecting the veep IS Joe's choice.

It is ONLY Joe's choice.

And if Joe doesn't make the choice he honestly considers best, then YOUR problem is with JOE, not with dark-skinned women who "don't know their place" and who want their voices to be better represented, and who are understandably afraid that black men might bail.

After all, black women can't count on white people!

"Choosing A Mate"
Texas. This one word explains the otherwise inexplicable decision John Kennedy made in 1960. He chose the Texan Lyndon Johnson, a man he didn’t trust and who didn’t trust him, as his running mate because he needed to win Texas to win the White House.
https://www.thetimes.co.uk/article/choosing-a-mate-7gg777m78vf

For better or worse, "horse-trading" is how politics works.

If you want (or expect) the very Nature of any phenomenon to be other than what it is, then your problem is with God who, apparently, designed phenomena to be the way they are.

Bernie echoed my sentiments this a.m. saying the v.p. choice is like a marriage and Joe's the only one to make that choice.

Yesterday Velshi had a diverse 7 people group asking the ? of v.p. and a African Amer. woman (as many I have seen)said it has to be an Afr. Amer. woman or its a no go. I say the question should not even be asked.

I am also waiting for Joe's choice.

When he announces it, I will support the ticket.

I'm waiting for his choice . When he announces it , it will be my choice.

Because in the end he has to live with and work with his decision.I don't think you're answering my question. Should Joe make his choice with no other input. And if he accepts the input of others, in what way are they depriving him of his ultimate ability to decide? It feels to me like your really trying to keep people out of the decision-making process. Do you want to keep everyone out? Or just certain people?
I also think he should choose the Cabinet he wants and the AG he wants and the the Supreme Court Justices he wants. Thats what I do when I choose him. When you choose Joe, you're representing yourself. You're not choosing a representative for the whole nation. And is Joe alone - in isolation - best able to put together the winning ticket?
Give him my trust to choose the best to surround him. I believe Joe will choose the best candidate more surely if he listens to the views of others. And no one's views -- certainly not yours - come independent of trying to get what the person expressing the view wants. It seems that you're trying to oversimplify this process because the complexity of making decisions on behalf of 330,000,000 other people can become too much.
I could choose who I'd like but to what end. It just doesn't matter.

In politics generally -- but especially in this election where so much hangs in the balance -- I think decisions should be made collaboratively.

The more well-informed input there is during a decision-making process, the better.

Clearly no one is going to force a decision down Biden's throat.

In the end, it will be Joe's choice no matter what.

In what way do you see someone -- or some group of people -- taking the decision away from Joe?

This side of Joe's veep decision, are you confident Joe would make the best choice in isolation.

Politics is, by its nature, about... well... politicking.

I see no escape from that politicking.

Nor do I see the advisability of trying to escape.

I think he should pick whoever he wants.