I take Wells' words literally.
Without vigorous expansion of authentic educational process, humankind seems destined for another "Dark Age," replete with the primacy of opinion, the ascendancy of rumor/gossip, ubiquitous superstition, irrationality, and even the collapse of central government.
This new "regime" will be a right-wing paradise: men will rule by upper body strength, women will "know their place," and the ungodly rich will rule the roost of their atomized fiefdoms.
"The incrementalists" (who always comprise political power structures), will see my apprehensions as wild-eyed alarmism.
But it is a fact Rome fell, and that The Fall was followed by a 600 year-long Dark Age.
In our lifetime, the Soviet Union fell "overnight" (notably without a shot being fired).
And just yesterday - despite incrementalist predictions - Afghanistan fell to the Taliban.
It is not rocket science to see humankind's existential need for education... which begs the question, "What is education?"
Instruction And Education Aim At Antipodes
http://paxonbothhouses.blogspot.com/2015/02/instruction-and-education-aim-at.html

https://newsfrombarbaria.blogspot.com/2021/01/compendium-of-best-pax-barbaria-posts_12.html
Dear F
If you have not read the following blog post yet, it explains (to my satisfaction) the roots of our idiocracy.

Is Ortega Y Gasset The Most Important Modern Philosopher? The Most Discerning Prophet?

https://newsfrombarbaria.blogspot.com/2020/09/is-ortega-y-gasset-most-important.html
(An aside that will interest you... In the early seventies, Bob Dylan was impressed by Ortega's "The Revolt of the Masses." Dylan's fondness for the book was such that a 1970's Time magazine article referenced it.)

The Revolt of the Masses - Wikipedia

The Revolt of the Masses - Wikiquote

https://en.wikiquote.org › wiki › The_Revolt_of_the_M...
The Revolt of the Masses ... The Revolt of the Masses is the English translation of José Ortega y Gasset's La rebelión de las masas. The Spanish original was ...
I consider "The Revolt of The Masses" a great work, not only for its insightful analysis of the ongoing collapse of Western Values (starting, arguably, around 1890), but for Ortega's courage to "go against the grain of progress" - essentially unbridled cowboy-capitalist-industrial progress, although on the spur of the moment I do not remember Ortega using the word "capitalism" in his critique of "the masses" and "mass man."
Here are two revealing quotations.

The (social) mass crushes beneath it everything that is different, everything that is excellent, individual, qualified and select. Anybody who is not like everybody, who does not think like everybody, runs the risk of being eliminated. And it is clear, of course, that this "everybody" is not "everybody." "Everybody" was normally the complex unity of the mass and the divergent, specialized minorities. Nowadays, "everybody" is the mass alone. Here we have the formidable fact of our times, described without any concealment of the brutality of its features.

The Fascist and Syndicalist species were characterized by the first appearance of a type of man who "did not care to give reasons or even to be right", but who was simply resolved to impose his opinions. That was the novelty: the right not to be right, not to be reasonable: "the reason of unreason."

— Chapter 8, "Why the Masses Intervene in Everything and Why They Always Intervene Violently"

The Fascist and Syndicalist species were characterized by the first appearance of a type of man who "did not care to give reasons or even to be right", but who was simply resolved to impose his opinions. That was the novelty: the right not to be right, not to be reasonable: "the reason of unreason."

— Chapter 8, "Why the Masses Intervene in Everything and Why They Always Intervene Violently"

I think it is fair to interpret much of friend Michael Brown's new book as a perspicacious elaboration of Ortega's central observation that "mass man" frequently holds elites in contempt.
Love
A

Very comprehensive and clear but who is listening to reason. The reasonable who are vaccinated. I feel the rest have deaf ears.
On Mon, Aug 16, 2021, 1:10 AM Alan Archibald <alanarchibaldo@gmail.com> wrote:

"Christian" "conservatives" (who are neither) refer to "prudence" or "erring on the side of caution.
It's as if The Law and Order Party has become the Scofflaw and Chaos Party.

A Very Readable, Highly Informative Report On The Relationship Between The Delta Variant And The Protection Afforded to Vaccinated People

The Death Of Epistemology: Update

The Original And Enduring Conspiracy: It's About Keeping The Filthy Rich, Filthy Rich

"The Rich Plunder The Poor, Then Pile The Blame On The Dispossessed"

Bourgeoise Smarm And The Persistent Platitudinousness Of American Conservatives

Alan: Republicans are equally platitudinous about their two sets of scripture: the US Constitution and the Bible.

Just as they proclaim Jesus Christ to be their personal Lord and Savior -- and assume this proclamation is all they need do to be "Saved!" -- they harbor the analogous belief that political salvation is guaranteed by waving a copy of the constitution (while holding a flag in the other hand) and - Voilà! - they're a patriot.

As for any real substance… F*ck that!

"To Kill A Mockingbird's" Harper Lee On The Bible As An Obstacle To Living
http://paxonbothhouses.blogspot.com/2016/03/to-kill-mockingbirds-harper-lee-on.html

http://paxonbothhouses.blogspot.com/2015/12/the-bibles-apparent-promise-of.html
And, behind the platitudes and smarm:
"Family Separation And The Satanic Cruelty Of Most Republicans"
https://newsfrombarbaria.blogspot.com/2020/10/family-separation-and-satanic-cruelty.html 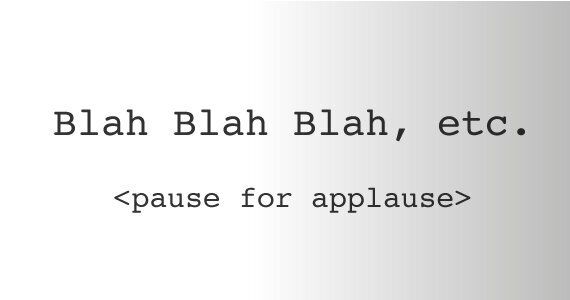