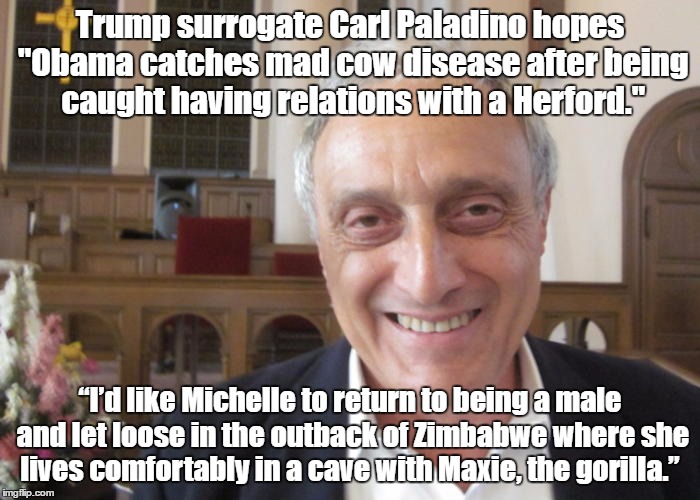 All Trump's pal Putin needs to do is finance a terror attack that kills 100 Americans and Trump won't be able to impose martial law fast enough.

American theocrats may not realize that the destruction of democracy is their heart's desire -- indeed their "King's" calling -- but they will be delighted (as conservative Christians often are) that a fascist is "in the saddle." 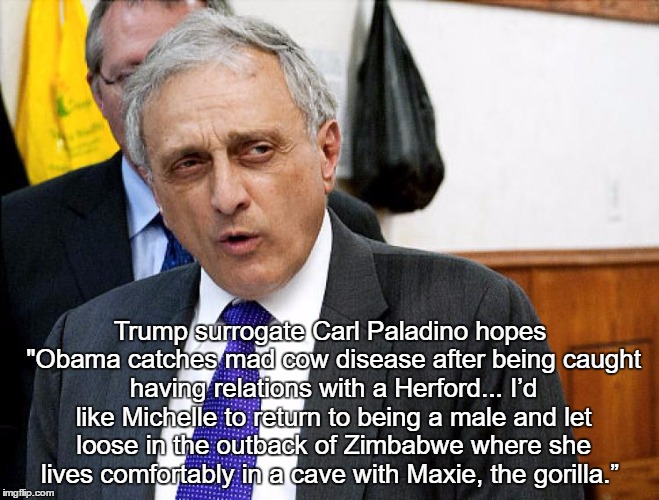 Alan: Republican absolutists are so certain they're right that they feel no need to subscribe to the rules of democracy.

Just let American "conservatives" have all power and the enactment of God's Will shall cover the earth.

They are that full of hubris. 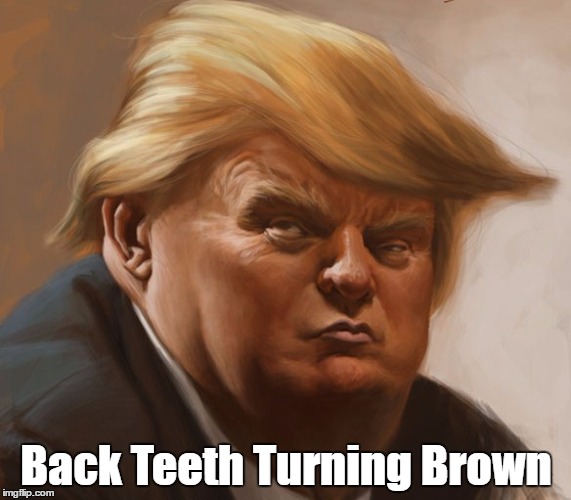 Trump's Most Egregious, In-Your-Face Fascist Declaration: "We're Going To Have To Do Things..." 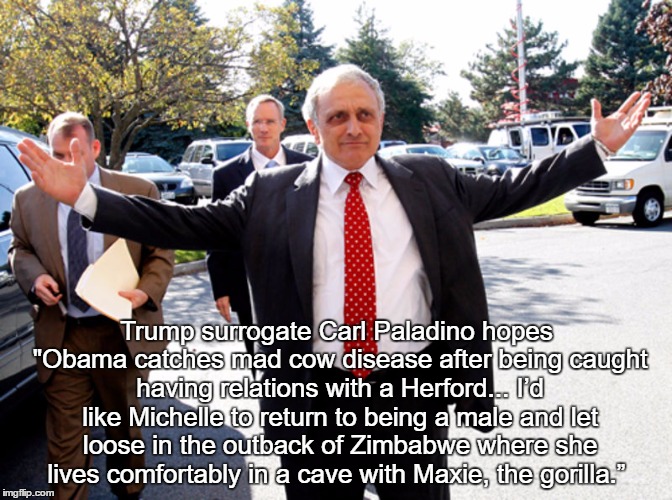 Only one thing Paladino's more full of than himself...